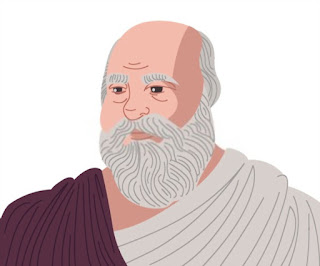 I was just as curious as you to find out the signs of a man mature, which makes him different from others. I always wondered what will be his characteristics of maturity? For example, does a mature man speak less? Is he some kind of alpha male personality? How does he behave?

So in this article, you will find what maturity is and the signs of a mature man. In bonus, you will also find how you can become one.

Before we find out the signs of maturity, let’s first understand the layman definition of it.

Maturity is defined as the way a person behaves, reacts and responds to a situation by understanding the environment and developing good common sense which results in good decision-making ability, having good relationships with others, and being aware,

Maturity guides a man to interact with the world in a sense and understandable manner. Usually, children are said to be immature because they are not fully aware of interacting naturally in different situations.

We don’t mature through age; we mature in awareness. – Byron Katie

So if maturity is not determined by age, how can one know if a person we are interacting with is mature or not?

To find this out, let’s see the signs of an emotionally and mentally mature man.

7 Signs Of a Mature Man

1. They Forgive Easily and Keep No Grudges

Holding on to anger is like grasping a hot coal with the intent of throwing it at someone else; you are the one who gets burned. – Buddha

Immature people fight and hold grudges for years, but the first sign of a mature man is that he never holds grudges and forget easily.

Many times we lose people because of our immature behaviour. We think, “why should I say sorry? they were wrong, not me.”

But a mature man, on the other hand, thinks very differently; he thinks, “I should say sorry and save this relationship no matter if she/he is wrong.”

The most common trait of men is anger and unforgiving nature; they yell and hold grudges for no reason, which is a sign of immaturity. But if a man is trying to forgive and forget, then he is really mature.

2. They Accept The Impermanence of Life

Mature men move on when things don’t go their way. They never expect things to happen the way they thought them to be, and that allows them to be aware of the impermanence of life.

A mature person knows that no one acts according to his ways, and so he never judges. But, of course, with judgement comes comparison, and with comparison comes competition. But a mature man never competes; he grows and evolves for himself, not for others.

If you want to be mature, first stop judging people and start to be with those who discuss ideas and not people. The majority of people never look into their flaws; they find out others and feel superior.

As a mountain of rock is unshaken by the wind, so also, the wise are unperturbed by blame or by praise. –  The Dhammapada

Understand that people are different; there are various people around us, this world is diverse. Then, with respect, you will expand your mind.

4. Gossip Feels Boring To Them

The people who spread gossips are not only highly immature but also insecure. The wise and mature man never gossips because he doesn’t find pleasure in discussing people but ideas.

People gossip and judge to feel superior, to feel they are so good and never do wrong, or sometimes they play the victim game.

Not gossiping is a sign of maturity and a mature man never falls into it. Instead, he discusses ideas, dreams, philosophies, etc. He never feels superior by discussing other people because he knows it is useless.

Think for a minute, have you ever gains something after gossiping about others? You must have gained some short term pleasures but see the big picture. You gain nothing, but you lose everything. You lose your precious time, energy and thoughts.

How would your life be different if…You walked away from gossip and verbal defamation? Let today be the day…You speak only the good you know of other people and encourage others to do the same. –  Steve Maraboli

The thing you gain during gossips is ego by feeling good about yourself. However, a wise and mature man never does this; he never feeds his ego.

Also Read:  Hopeless About Your Future? 3 Powerful Tips To Stay Hopeful During The Hard Times

If you observe clearly, you will find that 90% of people around us seek validations. They always look for approvals and wait for people to tell them if they are okay or not.

Validations signify low self-worth and self-confidence; when a person seeks validations, he indirectly wants others to tell him if he is good or not, if he is worthy or not, etc.

But a mature man never seeks validations from the world; he looks within and finds his self-worth, self-love and confidence. He explores his fullest potential and works according to it.

If you always look for validations, remember that you are on a path of immaturity that can destroy your confidence and self-worth.

When we ask others to validate something, we often fall into the trap of judgement. Remember that only a few people will really advise you. Others will just mock you and will try to break you.

Humans have insecurities, and there are many reasons for men being insecure. 80% of men are insecure just because they compare themselves with others.

Insecure men compare their bodies with others on social media; some are insecure about their voice, hair, and much more.

People spend money they don’t have on clothes and accessories they don’t need to fill a void. No matter how much they invest in their own physical reconstruction (or in some cases deconstruction), they are still unhappy with who they see in the mirror. Don’t get me wrong. We all do things to enhance our personal appearance, some more than others. But changing what’s on the outside will not resolve deep-rooted issues. – Carlos Wallace

As I have said, the people who lack confidence are insecure, but a mature man does not because he knows his self-worth; he does not accept everyone because he doesn’t care.

Also Read:  How Introspection Can Inspire Your Growth and Development?

If you are insecure, then just look around you and observe others, do not compare yourself and your life with social media posts; no one’s life is perfect.

7. Mature Men Do Not Take Decisions With Emotions

You know, whenever we want advice, we always approach someone who we think is mature. We take advice from such men because they do not take decisions or think emotionally when it comes to decision making.

Like you and me, most of us make decisions when we are very happy or unfortunate, which results in bad decisions.

You can’t make decisions based on fear and the possibility of what might happen. ― Michelle Obama

A mature man keeps his emotions aside, and then he thinks all the aspects and facts before he decides something, which results in good decision making.

What Does it Mean to be a Mature Man?

You must have understood what maturity is and the signs of a mature man are, but let’s understand what it means to be a mature man.

To be a mature man, one must practice self-love, should have self-confidence and a broad mind. But, unfortunately, most men nowadays live with a narrow mind, and the trait of a narrow-minded person is that he always compares, judges, and complains.

A mature man never complains and takes all the responsibility for his actions; he takes accountability and has a far-sighted view of the world.

Just remember that maturity does not mean self-centeredness; it means to be centred in yourself. Understand the world around you, add value to others life, build empathy and kindness, and then you’ll be stated as mature.

Maturity has no age. It depends upon experience and how well you connect with the world and accept it. This is what it means to be a mature man.

I hope this article helps you become a fully grown emotionally and mentally mature guy so that you live your life with an unbiased and clear view. Just be kind, generous and compassionate. Because of this, you will find the world beautiful.


Feel free to ask questions, if any, in the comment section.

How to Train The Subconscious Mind to Change Your Life

3 Lessons From Nature That You Can Learn Today

Fixed Mindset vs Growth Mindset: Which is better?