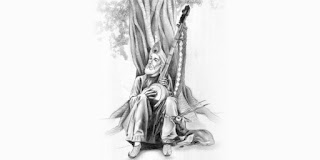 Kabir Das (whose name is a Qur’anic title of Allah meaning “great”) was born in Benares, a mystic-poet and a saint is famous for his dohas(Couplets/poems).

His writings questioned the meaningless practices of the religion as for him he believed that truth is with the person who is in the path of righteousness.

In this article, I am going to share some of his beautiful and inspiring poems(couplets) with meaning so that you understand his view towards life.

I believe that his writings can transform anyone way of perceiving life, as his way of living and finding God was uncomplicated as he believed that God can only be worship with love and devotion.

Don’t be like a Date Tree, who even if it is big but can’t give shade to the travellers and even if it bears fruits, one can’t reach it as it’s too high. Kabir Das Ji wants people to understand that success is of no use if people don’t use it to help those in need.

You should not oppress the weak, as you should not trample a speck because when that weak person counter-attacks, it will be very painful just like a speck of dust in the eye can cause a lot of discomforts.

Kabir says you spent your whole life turning the beads of a rosary, but failed to turn your own heart. Leave the rosary and try to change the evil in your heart.

Kabir says don’t ask about the caste of the saint, ask about his knowledge. Value the sword, let the sheath lie down.

The whole world read so many books but none became wise. The one who reads the word of Love only becomes the true knower.
If you see today, people who have read hundreds of books, gained everything but lacked love and compassion in their hearts. Books or money cannot empower the spirit of service but love can and that’s why Kabir Das Ji says that the one who has love in his heart is wiser and a true knower.

Kabir says that if a Guru( Teacher) and the God are standing in front of me, then whose feet I’ll touch and give honour first? He then says that it will be the feet of my guru that I will touch first since it was because of him I found God.

This is one of my favourite couplets by Kabir Das as he mocks the illogical way of worshipping God. He says that if it was possible to reach God by worshipping a stone I would prefer worshipping mountains.
He then says that Why can’t we worship, home flour mill(chakki) that gives us the flour to eat and survive?

Kabir says, the whole of your life you spoilt and wasted your time by sleeping and eating only, but do remember God has given you this birth to achieve heights, but you have made your life worthless.

Kabir Das says that one must be patient like an elephant who eats his food with full satisfaction, on the other hand, a dog always runs around with the hope of food and finds only one piece in every house.

It’s very easy to give up efforts and lose wealth. But, It’s difficult to give up the ego. Even great and analytical people have fallen because of their egos. Ego kills one and all.

Also Read:  Chakras: An Ultimate Guide To What 7 Chakras Are And How To Balance Them

In this poem(doha) the soil is telling the potter that though you are kicking and kneading me today, there will be a day soon when I would be doing the same with you what you have done to me.

The deeper meaning of this couplet by Kabir Das is that nothing is permanent in this world. A king can become a beggar and a beggar can become a king anytime. This Doha also signifies death which is also related to impermanence.

Kabir request God to give as much to feed his family and guests so that neither he and his family suffers from hunger nor his guests. This poem also means that it is enough to have what one needs to live a happy life, there is no use in having too much if it doesn’t feed others.

He says that when he went in search of a bad guy or evil person he found none, but when he observed himself, he found that there is no one eviler than himself.

This couplet has a deeper meaning, it talks about observing ones own mind and when someone does it through meditations and introspection, he finds that the real evil stays in his own mind.

O, Kabira! Your Hut Is Next to the Butchers’ Bay, Why Do You Feel Down?

For Their Conduct, They Only Shall Pay. This couplet by Kabir Das says that one should not become sad by concerning himself of others conduct. One should understand that everyone faces the consequences of their actions.

Also Read:  What Does Hinduism Believe About The Soul?

Here is one more meaning translated by boloji.com, he writes:

“Kabir tells us to live in the world and focus on our own journey and not worry about the good, bad or ugly going on around us. According to him the world and its ways will take care of itself, that’s not our job – we should focus our attention only on the real reason for coming to the world, to find out who we truly are. All else does not matter. “

Kabir Das Ji says, like the pupil which is in the eyes, the same way God resides within all. The fool never knows this and finds him on the outside.

The story of love is such that it defies narration like a dumb who eats a sweet fruit but cannot express through words but with a smile. The poem tells us that love is inexpressible, one can only feel it.

Kabir says that if a person is born in a high family it doesn’t mean that his actions will also be high. If a person’s actions are good then he is said to be a wise man even if he dosent belongs to a highly respected family or caste. He says what if a golden vessel is filled with wine, will it become pure? The sages will condemn it.

Kabir, in this Doha, depicts the agony that a devotee feels for his Lord when he separates. He says that when the ocean is on fire one cannot see the smoke. Only the one who gets burnt feels the pain.

Kabir Das has written many couplets or poems which resembles the modern-day problems, superstitions, and the agony of saints.

He has inspired many people and by reading these poems by Kabir Ji I wish you get inspired too. May these couplets shows you the right path and guide you to become a better version of yourself.

Money Line: Here’s What The Money Line In Your Palm Says About You?

Is It Okay To Keep Bhagavad Gita At Home?

What Does Hinduism Believe About The Soul?