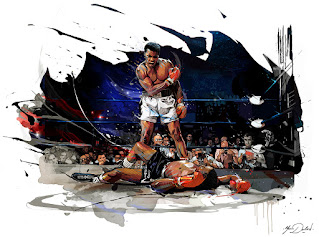 Muhammad Ali, popularly known as ‘The Greatest’ was a heavyweight boxing champion. But do you know that he was not just a boxer, he was more than that. Muhammad Ali was a poet, a philanthropist, and an activist.

He was and is said to be the most celebrated sporting figure and the greatest heavyweight boxer of all time.

I have compiled some of the life lessons from Muhammad Ali which his extraordinary wins, wisdom, and determination have taught the world. You can become great too, do you know how? Just learn from the lives of some great men like Muhammad Ali.

So let’s get started with our 5 lessons from Muhammad Ali which will definitely help you to achieve success and greatness in life. 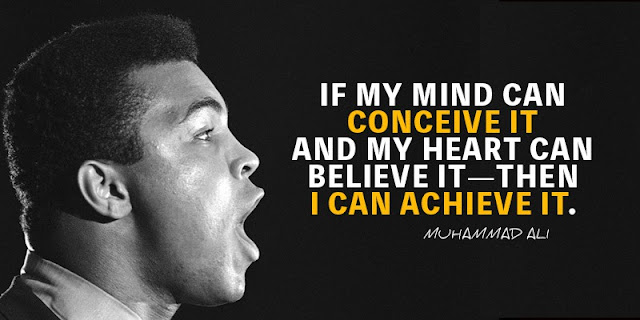 Muhammad Ali believed that he is ‘THE GREATEST’, billions of people listened these words from Muhammad Ali. He always believed in himself and said that the reason why people don’t achieve what they are capable of is a lack of faith in themselves and in God.

He used to say that believe there is nobody like you, believe that you are the greatest and if you are not, just pretend.

I am an ordinary man who worked hard to develop the talent I was given. I believed in myself, and I believe in the goodness of others. – Muhammad Ali

Manifestation is a real thing, and it is born only when one believes in himself and in God.

Wanna become like Muhammad Ali? Believe that you can and God will make you the greatest of all time.

2. Service To Others Is The Rent You Pay For Your Room On Earth 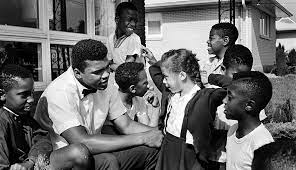 Muhammad Ali Believed that no matter how much greatness you achieve in life, it is worthless if it is not used for the service of the needy.

Also Read:  5 Life Lessons I Learned from the Almanack of Naval Ravikant

In an interview, Muhammad Ali was asked by a boy, “I like to know what you’re gonna do when you retire from boxing?”

Muhammad Ali replied by saying, “When I get out of boxing, I am gonna do all I can to help people. God is watching me. God doesn’t praise me because I beat Joe Frazier, God doesn’t care about Joe Frazier or anything. He wants to know how do we treat each other, how do we help each other, so I am gonna use my life and my popularity in doing charity, helping people, and uniting people.”

So remember, if you are doing something to make a difference in someone else’s life, my friend you are the greatest. Become whatever you want but never forget to do something good for others.

3. Impossible is Temporary(Life Lesson From Ali Which Would Never Be Forgotten) 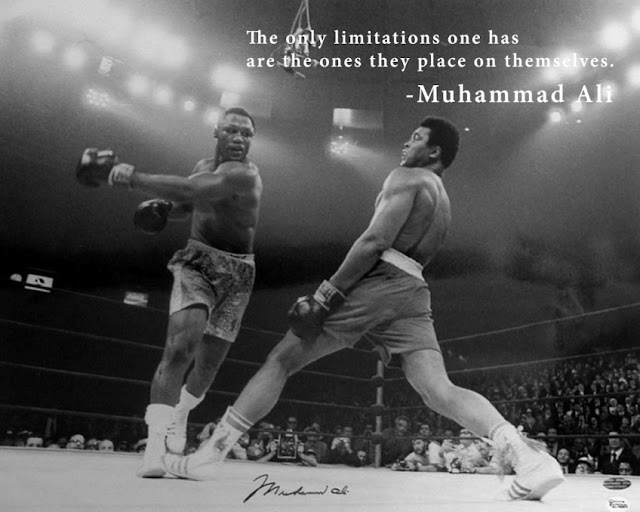 There is nothing that can describe this lesson other than Muhammad Ali itself. There is a famous quote by him which stays in the heart of every achiever.

So if you think that you can’t achieve something in life, or something is hard remember to explore the power which lies in you because there is no such thing as impossible. 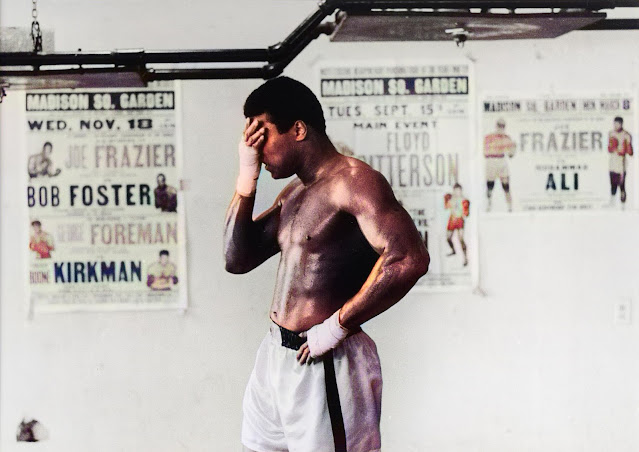 You must have heard this one famous story of Muhammad Ali that when he was asked how many sit-ups he can do and he replied that I do not count my sit-ups, I start counting when it starts hurting because that’s when it really counts.

Also Read:  3 Self-Limiting Beliefs That Are Keeping You from Achieving Your Life Goals

In life, the only person who achieves greatness is the one who is not scared from challenges, pains, and suffering. The one who takes every hit of life and stands up once again with the same ease every time, he is a champion.

He once said that what counts in the ring is what you can do after you’re exhausted and that’s the same for life.

I hated every minute of training, but I said, “Don’t quit. Suffer now and live the rest of your life as a champion. – Muhammad Ali

If you are suffering now, do not worry the future will be bright. You will achieve excellence, just do not give up.

5. We All Have To Take Defeats In Life 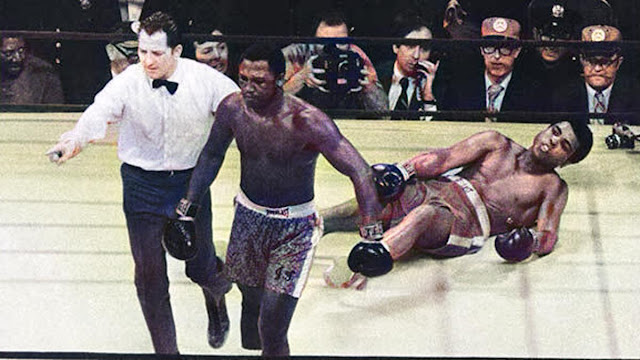 “I never thought of losing, but now that it’s happened, the only thing is to do it right. That’s my obligation to all the people who believe in me. We all have to take defeats in life.”


A true professional is one who takes defeat and success with the same ease and humility. No one can win every single time not even Ali, but Ali accepted his defeats with grace and came back stronger.

This gives us an important lesson in life about accepting failures in life. Muhammad Ali always said that he can do better than what he did in the ring, he knew he was the greatest but he also knew that he cannot win every time.

That’s what makes Muhammad Ali the greatest because not everybody can carry such humility and grace even when they achieve so much in life.

There is a famous line by Sylvester Stallon in his film Rocky. I love that line and it will motivate you to the core.

Let me tell you something you already know. The world ain’t all sunshine and rainbows. It is a very mean and nasty place and it will beat you to your knees and keep you there permanently if you let it. You, me, or nobody is gonna hit as hard as life. But it ain’t how hard you hit; it’s about how hard you can get hit, and keep moving forward. How much you can take, and keep moving forward. That’s how winning is done. Now, if you know what you’re worth, then go out and get what you’re worth. But you gotta be willing to take the hit, and not pointing fingers saying you ain’t where you are because of him, or her, or anybody. Cowards do that and that ain’t you. You’re better than that. – Rocky Balboa

Remember you are better, you are capable, never let your defeats define you.

Also Read:  Success Is Like Being Pregnant: Who Said It & What It Means?

I hope Muhammad Ali’s lessons inspire you and this article helps you achieve everything in life. If you liked this article do not forget to share it with your friends and drop a lovely comment, it motivates me to write better articles for you guys.

In the end, I just want to wish you the best of luck in your life, and I wish you achieve greatness. Just remember to serve others and make them smile.

Essential Skills: 5 Skills You Need To Be Successful In Your Career